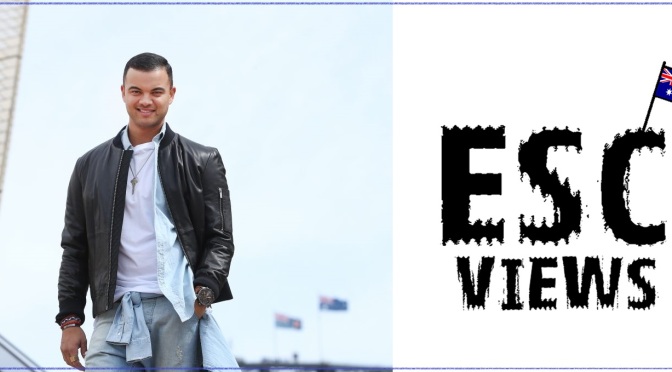 Hi guys! So, we have the penultimate song for Eurovision 2015 – song #39 is coming from the Land Down Under; Australia! Guy Sebastian was revealed to be Australia’s sole representative back at the start of the month, and yesterday, his song was officially released. END_OF_DOCUMENT_TOKEN_TO_BE_REPLACED 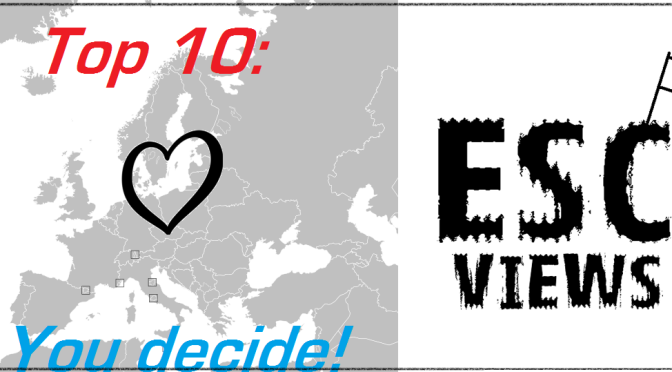 Hi guys! So, you know how every once in a while – we, here at ESC Views, would give you a top 10 of our favourite moments in Eurovision (as the Countdown tab will demonstrate)? Well, we’re going to make a slight change to it how they’re run! END_OF_DOCUMENT_TOKEN_TO_BE_REPLACED

Well hello guys! Do you remember last week when we first premiered our new series called ‘The Fan’s Perspective’? Well, you guys piled on to get your opinions heard, so we are going to make this a weekly thing! Every Sunday we’ll post one of your opinions to our questions and if more people decide to take part, we might make it a bit more regular! Last week, we talked to Nick from the Netherlands and now it’s time for our next fan: Emma!

So, to just help you understand what we’re doing here. These questions that you are answering are the same questions that both James and I individually answered in our introductory articles, which you can easily find here. Then, if there are any people out there that are willing to answer these same questions, be sure to let us know! Of course, if you wish to have us send you the questions via e-mail, please include your e-mail address as a comment below this article and we’ll send the questions to you as soon as we possibly can! Right, I think it’s time that we meet Emma! The floor is yours! 🙂

Which year was your first ESC: I vaguely remember 2003 because I had watched the national selection for Ireland and I loved our song (We’ve got the World – Mickey Joe Harte). Also, t.A.T.u were big at the time and I heard that they were taking part in this competition, so I watched it. I always consider 2005 my first Eurovision though, as that is the year I fell in love with the contest and became a fan.

Which ESC year was your favourite: I have so many favourites! 1973 had so many great songs and one of the best winners of all time. 1993 is another contest I could watch over and over again. Most of the recent contests were great.

Which ESC year was your least favourite: I think 2011 and only because there was no clear winner, no song that I thought would make a great winner, just an okay one.

Which winner of the Contest is your favourite: The hardest question ever! I love Molitva so much. It’s a beautiful song and Marija Serifovic sings it so well. Helena Paparizou is one of my favourites artists and her victory was greatly deserved. I love Luxembourg 1973, Denmark 1963, Sweden 2012 and Norway 2009.

Which winner of the Contest is your least favourite: I never like to say that another country should have won. I think, whoever wins did something to deserve that victory, but in terms of listening to the winning songs, ‘La,la,la’ gets a bit tedious.

Which non-qualifier is your favourite: Iceland in 2005. I would say Israel 2014, as I loved the song pre-contest, but the live performance just wasn’t great.

What are the 5 best countries in Eurovision, in your opinion: 1. Sweden. I love Melodifestivalen. It’s such a great way to choose their entries and they always end up with such great songs. 2. Ukraine. 2007 aside, Ukraine’s eurovision back-catalog is outstanding. 3. Greece. From about 2001 and on, Greece have sent such fantastic artists. 4. The Netherlands. Particularly the last two years. 5. Ireland. I have to say my own country don’t I?! Lately, I’ll admit we have been terrible but every single one of our winners is a deserved winner.

What’s your favourite memory of the ESC: The interval act in 2010 was so so amazing. Flash mobs from all over Europe, it was so great to watch. Aside from the actual contest itself, getting my Eurovision tattoo, meeting the Irish winners and becoming a reporter for ESC Reporter.

What’s your favourite Eurovision song from the 90s: I love Ireland 1993.

What’s your favourite Eurovision song from the 80s: I love Israel 1983.

What’s your guilty pleasure from the ESC: Estonia 2005! I know it was awful but I just loved it! Flying The Flag too. I find myself listening to it sometimes.

What do you expect from your country (Ireland) in 2015: I’d like to say a great song and singer but I don’t have much faith in RTE. I don’t think RTE knows what Eurovision is nowadays. If they would only put the fans in charge!

Who would be your dream artist for your country: HudsonTaylor or Hozier.. We have great artists, we just need to send them!

Well thank you very much Emma for your answers to our questions! Each week, one of you guys will be a part of The Fan’s Perspective – so if you’re interested in taking part, be sure to let us know! In the meantime, do you agree with Emma’s answers? Would you have different opinions on the questions? Feel free to let us know by commenting below! 😀

Find us on Social Media!

Your Eurovision views brought to you